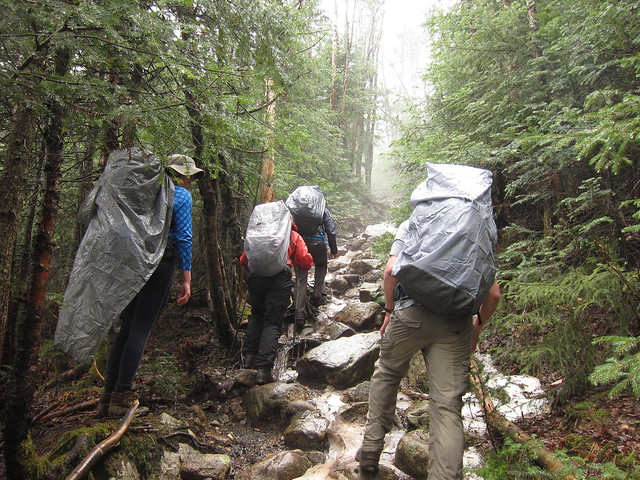 There's a reason that I don't usually schedule my hikes more than two or three days ahead: hiking in the wrong weather can be a miserable experience. If you're going to reserve a spot in an AMC hut, though, you have to reserve early and hope for the best. This trip wasn't the worst, but it wasn't the best either. 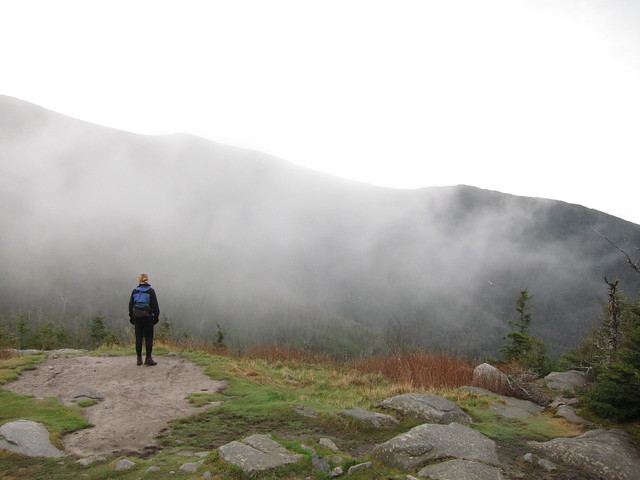 We assembled a crew of five hikers for an overnight at the AMC's Galehead Hut. dr_sunflare and I have a history with this hut, as it's the place we mistakenly used as our viewing platform for the Leonids meteor shower on a failed-and-yet-memorable hike early in our peak bagging career. Hikers L and J have bagged 8 4k peaks and are excited at the possibility of two more. S is a multisport athlete ready for adventure. With varying levels of protective gear, we set out in a light sprinkle onto the Gale River Trail in search of a dry hut. 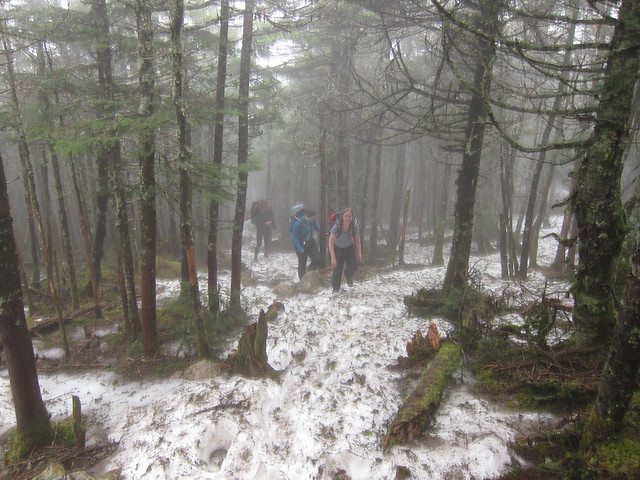 After a few hours of treacherous river crossings, treacherous slippery ascents, pouring rain, and postholing snow we reached the hut and immediately shed our soaked gear. We even started to feel human some time later after changing into dry clothes, playing banannagrams, and eating a fine steak dinner. Because of the shoulder-season timing, the poor weather, and the relative unpopularity of the Galehead hut we only had the 5 of us and one other hiker in a hut meant for 38 people - plenty of room to stretch out and relax. Wet hikes aren't great, but a hut at the end can go a long way toward making the experience surprisingly comfortable. 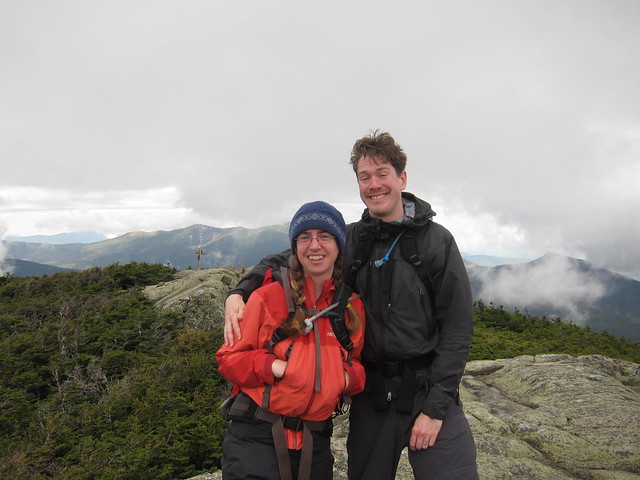 On day two, we woke to a foggy but not-rainy valley. After some yoga and breakfast, the summit of South Twin called to us. South Twin is one of my favorite peaks in the Whites, as it's the tallest in its local group and is in the middle of the Pemigewassett wilderness. Its views consist almost entirely of other high peaks and it's hard to see any human impact. The hike from Galehead Hut also climbs over 1000ft in 0.8 miles, and the steep grade is made even worse by intermittent ice and snow. We climbed in heavy fog, not knowing if all of the effort would yield any views. Fortunately, just as we reached the summit the fog cleared and we took in the amazing views of the Bonds, Franconia Notch, and the Sandwich Range. It was everything I had hoped for, and the difficulty of the access hike made it even sweeter. 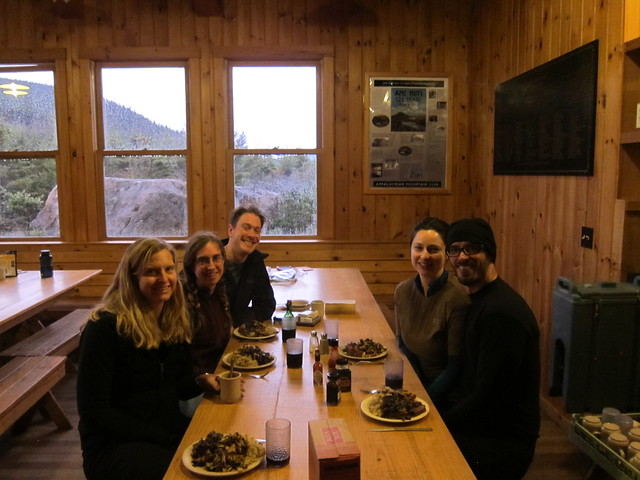 After returning to the hut, I joined L and J on the easy jaunt up Galehead so that they could add it to their bagged-peaks list. An relatively easy and dry hike down to the cars put us off trail around 4 with plenty of time to get home.

I rarely get big groups like this together because my last-minute planning system generally means that my hiking people have planned their weekends by the time I decide to go. Having a group was fun, especially group-cooking in the cabin. This trip has shown me that maybe I need to plan more dates well into the future, then cancel them (or not) if the weather turns ugly. 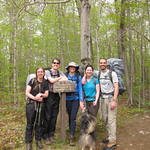 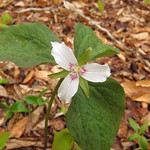 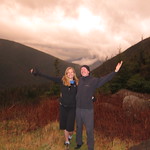 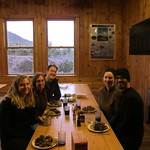 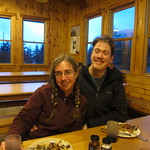 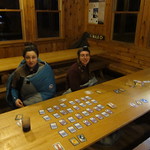 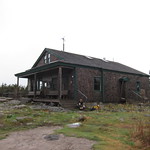 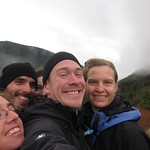 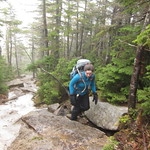 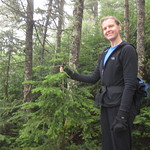 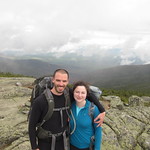 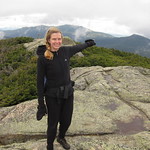 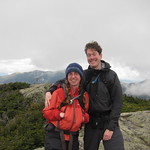 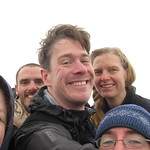 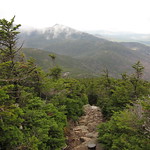 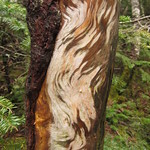 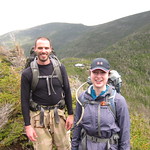 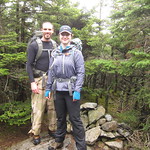 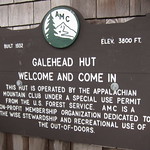 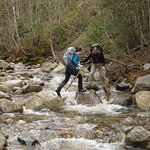