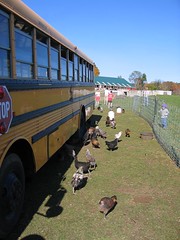 (It turns out that I didn't have Columbus Day off after all, so earlier plans to hike Welch-Dickey were cancelled.)
Collapse